Special report on the situation of jermal child labors

A number of jermals (fishing platforms) employing children still exist along the East Coast of North Sumatra such as the Districts of Langkat, Deli Serdang, Labuhan Batu and Asahan. They have been used to catch fishes since 1950s. Since not all jermals are registered in Board of Fishery of North Sumatra Province, their exact number remains unavailable. Data from Board of Fishery of North Sumatra showed that there were a total of 144 jermals with about 172 child workers in 1997. Meanwhile, 1999 data collected by ILO-IPEC showed that there were 159 jermals and 145 children working on jermals. Actually, the data showed that the number of jermals had sharply decreased compared to 1988 data collected by a number of NGOs in North Sumatra which showed more than 200 jermals and an estimate of 369 jermal child labors.
The involvement of children in jermals started from the recruitment of vulnerable children from poor families in rural areas and suburbs by jermal owners. Most of them did not have any idea of the working condition on jermals and type of work they would do on jermals because they did not live in coastal areas. Once they arrived in jermals, they did not have any choice. They could neither return to the land nor refuse the job. The only thing they could do was to follow jermal foreman’s commands. Jermal owners preferred to employ children and young people because they could be cheaply paid. A jermal worker usually received IDR 300,000-400,000 per month. In addition, they thought that children and young people could be controlled easier than adults because they usually were afraid to refuse their commands.
Due to sporadic campaign and advocacy works by local and international NGOs for the elimination of jermal child labors as this practice was considered as a form of temporary slavery, the number of both jermals and jermal child labors gradually decreased. The campaign also had influenced government policy. In 1998, the Provincial Government of North Sumatra made a policy to neither issue permit for the construction of new jermals nor extend permit for the existing ones. The policy was then followed up by the establishment of an Integrated Team for Jermal Child Labor Monitoring and Elimination. One of its impacts was the decreased number of jermals and children working on jermals. Research conducted by PKPA, with support from BftW Germany, showed that there were only 91 jermals in 2003 and the number fell to only 57 jermals with 7 jermal child labors in 2004.

Have jermals and jermal child labors been eliminated?
(Monitoring conducted by PKPA on Serdang Bedagai Waters on 4-5 February 2012)
Although program for the elimination of jermal child labors completed in 2006, regular monitoring is still conducted by some organizations such as PKPA, ILO-IPEC, media and researchers from a number of universities in Medan, Jakarta and Yogyakarta. Monitoring conducted by PKPA in 2009 found that there were still 7 jermals in operation and 2 children working on jermals. From October to November 2011, a postgraduate student from Gadjah Mada University (Universitas Gadjah Mada – UGM) Yogyakarta conducted research on jermals and found that although some jermals were still in operation, they were not productive and only had 2-3 adult workers.
Although government states that jermal child labors have been successfully eliminated, it remains a challenge to prove this. Therefore, to get updated information about the situation of jermals and jermal child labors, PKPA conducted a two-day monitoring on 4-5 February 2012 by using the following two methods:

1. Mobile phone interview
PKPA team called the following informants because they were considered to have accurate information about the situation of jermals.

Informants Interview Conclusions
Mr. Agus (Coordinator of TC2 Tanjung Balai). He is a local NGO activist in Tanjung Balai and knows information about the situation of jermals in Batu Bara, Bagan Asahan and Tanjung Balai.


The interviews revealed that it could be ensured that there was no productive activity on jermals. Although some jermals still existed, their condition was unsafe because their piles had been petrified and were not replaced with the new ones. Currently, many former jermal workers work in fishing boats because they are more dynamic and can move from one location to another based on the condition of sea water and position of fishes.

Miss Rafiqah Nalar Rizky (A postgraduate student of Gadjah Mada University). She conducted research on child labors in offshore fishing sector in September-November 2011. During the research, she visited Sei Berombang waters, the District of Labuhan Batu, on which a lot of jermals exist.

Mr. Dedy Sofian (Coordinator of Sanggar Sri Denai, Pantai Labu). He is a child NGO activist who knows the situation of jermals in Deli Serdang and Serdang Bedagai waters.


• 21 units
• 18 child labors It is estimated that there are still 10 jermals in operation and it is assumed that they still employ children.

Pagurawan • 2 units
• 2 child labors It is informed that there is no jermal in Pagurawan.

To support information provided by Mr. Kumis and Mr. Ucok, PKPA visited jermals in Pantai Cermin waters. The first jermal visited by PKPA is Jermal Pak Tua. It is about six miles from the coast and it took us an hour to reach the jermal by a boat rented from a local fisherman.
Having arrived in Jermal Pak Tua, PKPA team were welcome by an adult jermal worker wearing short trousers and a big, fierce dog which always barked at us. At that time, the weather was bad and the waves reached 2.5 meters in height. Extra caution is needed to enable us to reach jermal floor because it is about 5 meters in height from the sea water. If you slip or if the rope breaks, you will fall into the sea.
There are two adult workers and a foreman named Mr. Legion (55 years) in Jermal Pak Tua. In addition to these jermal workers, we also met 5 men from Medan. They have been two days on the jermal for fishing. We did not find any child labor on it. Mr. Legion said that Jermal Pak Tua and other jermals in Pantai Cermin waters no longer recruited and employed children. This was because they were afraid if they employed children, its permit would be suspended by government. Currently, there were only few people working on jermals because they were no longer promising and profitable. These last ten years, jermal production drastically fell compared to that of in 1980s and 1990s. At that time, their income was IDR 20,000,000 per week but it is now difficult to only earn IDR 5,000,000 per month. Their catch has drastically dropped due to increased number of fishing boats operating around jermals. He further said that it was estimated that jermals would have collapsed by next two years.
Having on Jermal Pak Tua for one and half hours, the monitoring team continued their journey to Jermal Lam Hai. It is about 2 miles away from Jermal Pak Tua. The distance was covered in 30 minutes by boat. On this jermal, the team only met 3 workers and a foreman. All of them are adults and have an average age of 40 years. Since the weather got worse and the waves were higher and higher, the monitoring team decided to return to the land and put off their plan to visit two other jermals in Sialang Buah waters.

From jermals to fishing boats
Following the successful elimination of jermal child labors, child exploitation in fishing sector has shifted from jermals to fishing boats. This phenomenon strengthens an assumption that although the issue of jermal child labor can be addressed effectively, the involvement of children in hazardous works such as in offshore fishing sector continues until now.
Almost all fishing boats employ child labors. A fishing boat usually employs 2-3 children. However, it is more difficult to study child labors on fishing boats than those on jermals. This is because fishing boats can move from one place to another when they are in operation. Additionally, information from local communities who had ever employed their children on a fishing boat revealed that they preferred to employ their children on fishing boat than jermals because they would go home every one or two weeks so that they did not need to wait for months to enable them to see their children again. Nevertheless, working system and types of works in fishing boat may put children at high risk because the works are exploitative and they are particularly vulnerable to various abuses by adults working on the fishing boat. (Rafiqah Nalar Rizky, 2011)
A rapid assessment conducted by ILO-IPEC in 2004 found that it was estimated that there were 1,622-7,157 children working on fishing boats. This estimate was made based on the number of fishing boats operating in east coast and west coast of North Sumatra which was 27,442; each fishing boat employs 1-5 children and an estimate of 5%-90% of each fishing boat employs children1). A further study as well as government’s and relevant parties’ seriousness will be needed to know the accuracy and validity of information about the situation of child labors in offshore fishing sector, especially in fishing boats.
Diposting oleh PKPA Nias di 1:29 AM

Jangan Lupa Tinggalkan Pesan/Do not forget to leave your message:

PKPA Nias
Nias, Indonesia, Indonesia
PKPA is a non-profit which was endorsed by Department of Justice and Human Rights of the Republic of Indonesia with registration No. AHU-4047.AH.01.02.Year 2008. PKPA’s base is in Medan, Indonesia. Vision : For the implementation of the best interests of the child. Mission : Advocacy for possible policy changes for child well-being and protection and implementation of the rights of the child. MAIN PROGRAM PKPA is working for child and youth issues; 1) Advocacy are: Giving the services to child and youth in law process and access to get justice, also doing the advocacy of local and national regulation. 2) Access to the Base Education and Youth Economic Empowerment. Children form the slum area, remote area, street children, and children with special needed have very low education level, and it is very difficult to get the base education access. 3) Promoting and Awareness of Child Right: To do the promotion and awareness raising of the rchild right to the community. 4) Emergency Respon and DRR Program: The humanitarian mission for emergency respon and disaster awareness are focused on children and youth. 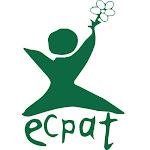